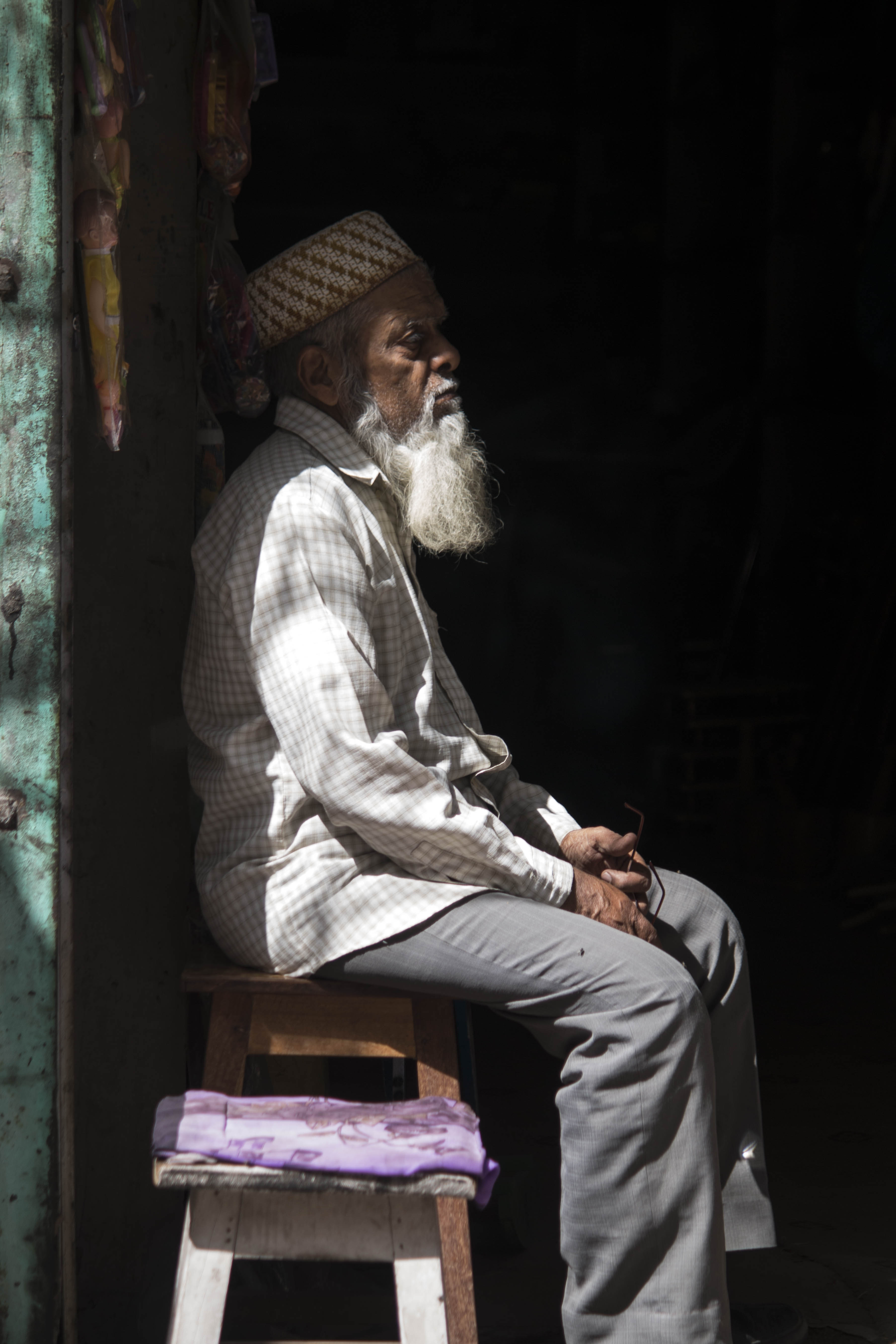 The story of meeting an Ayurvedic healer in Udaipur, Rajasthan.

As I strolled through the streets, as always, with a curious eye and my camera, I saw a very
interesting man standing on the opposite side of the street. I felt a strong and alive sense of
Presence coming from him, this was what attracted me to take the picture. I asked him, with
gestures, if it was okay, and he nodded.
I thanked him. 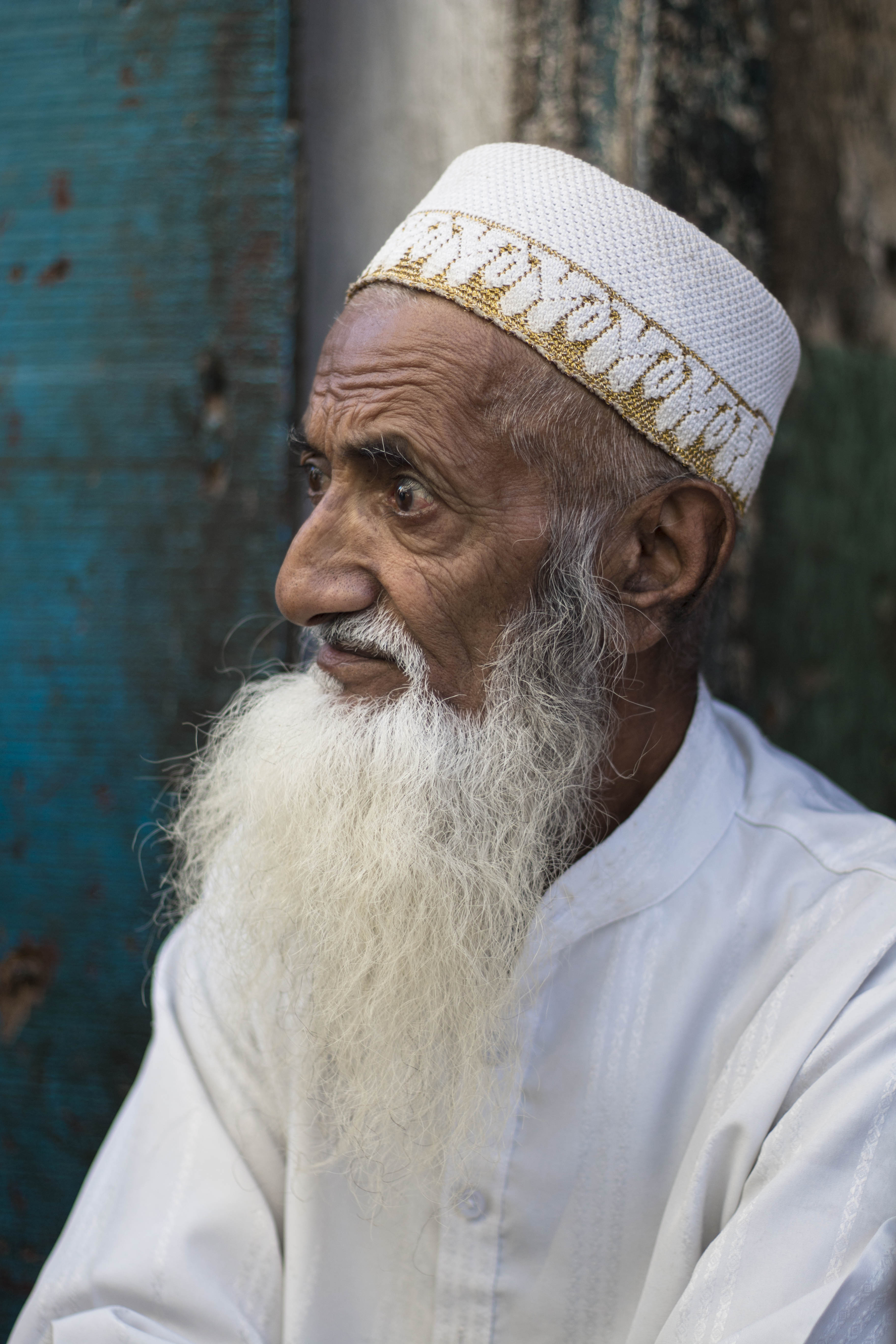 He waved me to come to him, and said „Come again tomorrow morning, many people coming,
many people coming.“
So the next morning, when I came, I saw a big crowd of people gathered around his small little
stall.
I was shy to approach them, and even more shy to disturb them just to take my pictures, so I stood
by the side, until someone waved me to come closer. I approached the people, slowly, smilingly
and curious.
A man talked to me, and said: „This man, healing many people! No-one healing them, but you go
to him, he heals you! He is doing it for free, no charge, for anyone.“
„No charge?“ I asked, an amazement.
„No charge“, the man confirmed.
I observed the process… He seemingly put together the most random things, which seemed like a
very strange vegetable smoothie. He had a few different kitchen utensils, among which there were
boxes, spoons, a smoothie maker… He was pouring all different liquids, seeds, etc. into it,
seeming perfectly at ease, perfectly aligned with what he was doing. He seemed to have a clear
vision and a clear plan, and handed everybody exactly what they needed.
Slowly, the people wandered off in all different directions, going their ways again. After the
procedure ended, I talked to him.
When I asked him, how he learnt it, he said, „God gave me the powers.“ and pointed to the sky
above.
His father had also been an Ayurvedic doctor, and he had taught him already at a young age. They
were a poor family, he himself was poor. Still, he never demanded money.
The ones who could give, gave as much as they could, the others would get the medicine for free.

His mother was still alive, now 118 years old, he himself was already over 80 – which surprised me
like nothing else. When someone described to him what pains or sickness they had, he just
connected to the Greater Source, making a perfectly personalized medicine for each and every
Being that came to visit him in search for healing.
The encounter with this man was one of the most deeply moving and profound connections of my
entire journey in India. I remember the moments as I was walking my way home to the guest
house: Thinking that even if it was only for meeting him that I had come to India, it was already
worth it thousandfold.
Seeing these photos now, makes my heart melt, makes me feel alive and blessed. I still see the
warm energy of love in his eyes.